In my book, flavor is ALWAYS better…I don’t care what you make…if the flavor ain’t there, it ain’t happenin’!  To take your flavor to the next level you need to integrate your ingredients with other flavors that compliment each other to create one HUGE, MIND-BLOWING dish…also known as a flavor affinity. 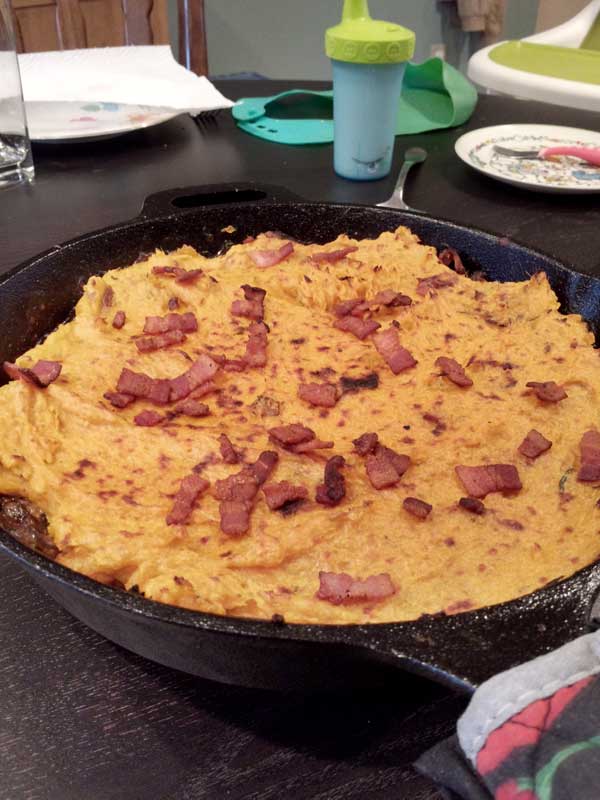 Take this recipe for example: Sweet Potato Shepherds Pie.  Sweet Potato+ Bacon+ Rosemary= the perfect topping for leeks, mushrooms and sage sautéed with “I can’t believe it’s” ground turkey.  These flavors are a serious match made in heaven and the perfect twist on an old favorite!

Sweet potatoes are peeled and cut into large chunks.  Covered with salty water that is brought to a boil and left to cook for about 40 minutes which is the perfect amount of time to prep the filling.  Isn’t that convenient? 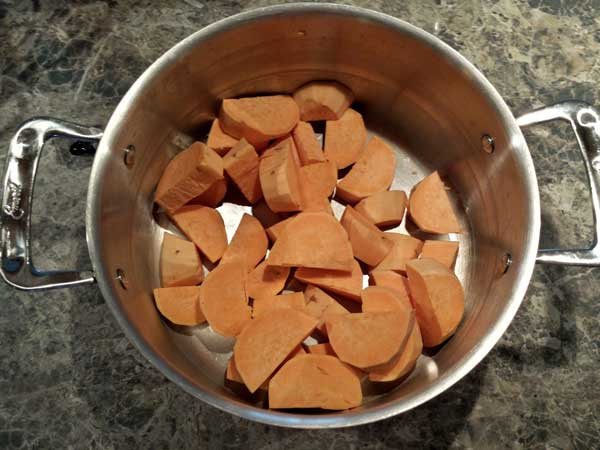 In a large skillet cook chopped bacon until crisp and the fat has rendered in the pan.  Remove the bacon from the pan to drain on a paper towel.  Also, reserve about 2 tablespoons of the bacon fat for your potato topping and leave the rest of your bacon drippings in the pan.  First layer of flavor is set..time to add your veggies. 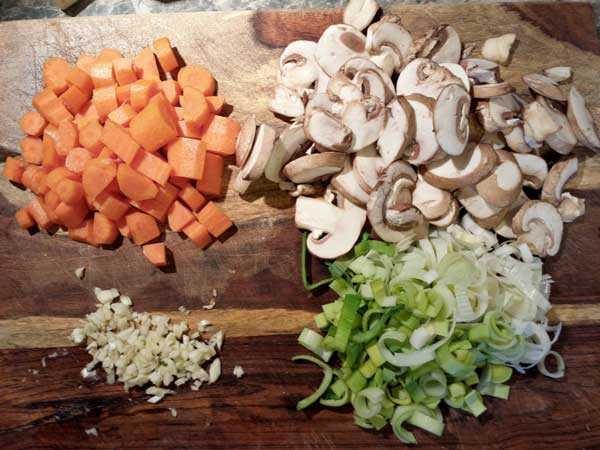 Sautee the leeks and mushrooms and a touch of garlic until softened.  Then the turkey gets tossed in the mix and we are going to let it brown baby.  Think of this as the second layer of flavor…and the browner your turkey gets the more it will develop.  Just trust the pan and let it do its job. 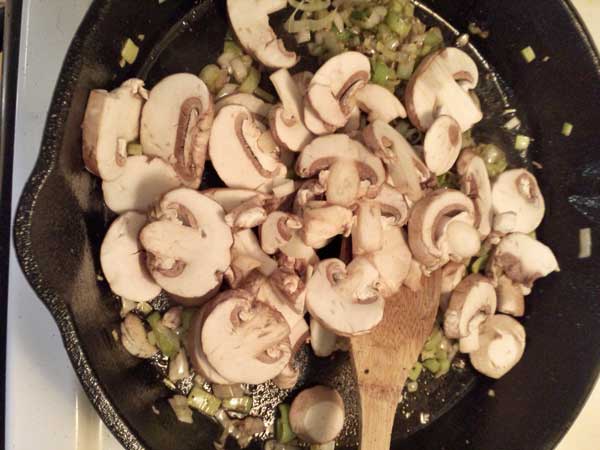 Carrots are added for texture and chopped sage is folded into the mix to further the flavor affinity.  Allow to simmer in a bath of chicken broth while we finish the topping to tie this whole dish together. 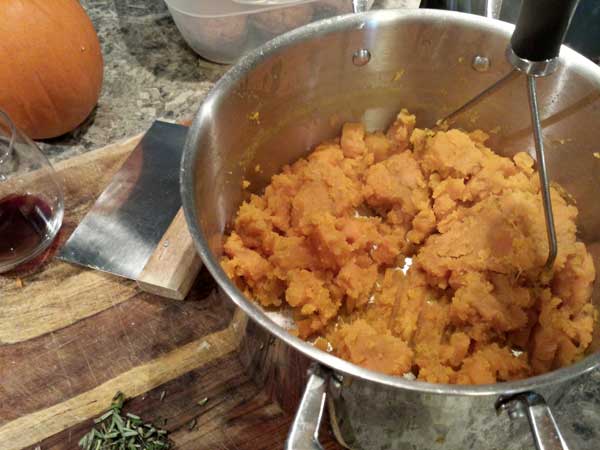 Potatoes are drained, mashed and spiked with the bacon fat plus 6 tablespoons of unsalted butter.  Yea, we aren’t holding back at all and you know what would take this up a notch?…Rosemary and BACON! 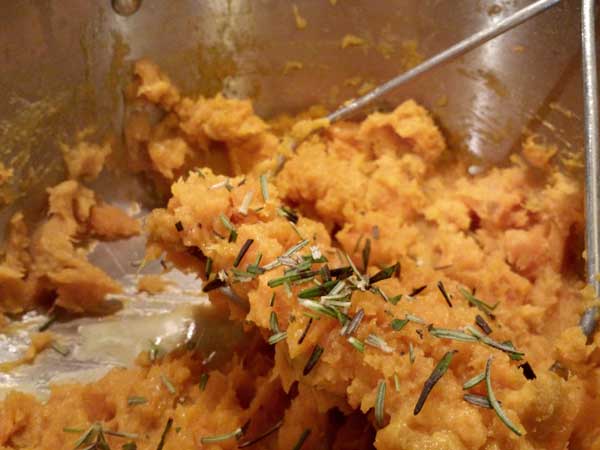 Stir in a pinch of salt and a teaspoon of Maple syrup to add a sweet note to this savory dish and it’s all gravy baby!  Top the turkey mix with the sweet potatoes and set under a broiler till brown.  Garnished with bacon this casserole will blow your mind!

The potatoes are smooth and aromatic with the sweet flavors of rosemary and maple syrup bursting with flavor pockets of bacon.  This complimenting the savory filling of ground turkey married together with sage and tender vegetables creating a delicious texture that will leave you begging for more. 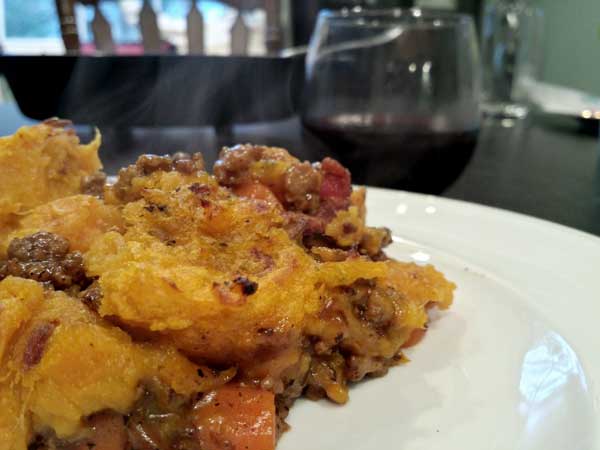 In theory, casseroles are great for leftovers, but if your family has an appetite like mine those leftovers (if any) won’t last long with this dish.

What flavor combo is your favorite?  Let me know in the comments below!

Click here to learn more about me! Read More…